DAO stands for decentralized autonomous organization, which is a fancy term for a group of people who agree to abide by certain rules for a common purpose. Those rules are written into the code of the organization via smart contracts—algorithms that run when certain criteria are met. 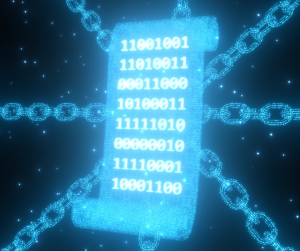 With the rise of decentralized finance, or “defi,” comes an increased discussion of DAOs, a term used a lot in the crypto and blockchain space. DAO enthusiasts claim they’re the next step in a decentralized future, but what is a DAO, and how do they work?

Everyone agrees to buy into the organization, and it can have pretty much any purpose. There’s no central governing authority, hence the “decentralized” part. DAOs operate on a flattened hierarchy; that is, everyone has a stake and no one person owns or controls the entire thing the way a conventional CEO would.

DAOs operate totally online, and use blockchain technology as a ledger to record what goes on in the group, be that currency changing hands or decisions made.

Web3 advocates think DAOs are the next logical step in the business world, as all the major decisions of running a company can be divided among the whole organization and run automatically. In theory, this would eliminate bad or self-interested decisions made by conventional leadership.

To see what this might look like in action, imagine you have a shipping business. If that business were a DAO, there would be no governing board because everyone would have a say in decisions. Calculations like inventory replenishment, shipping costs, and demand for certain products would all be handled automatically by algorithmic smart contracts. The business would essentially run itself without the need for management. 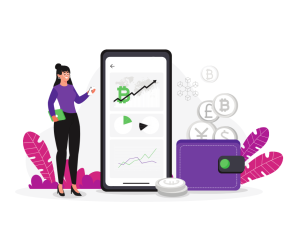 How does a DAO work?

Sounds great, but how is it supposed to work? How does the system guarantee trust? When a DAO is first created, its rules are written into its code in the form of smart contracts programmed to run when certain actions take place. Everyone agrees to abide by the rules when they buy into the group, and if those rules are violated, its funds are locked and nobody can use the DAO. This, in theory, is how a DAO guarantees that everyone will follow the rules.

Every DAO has a built-in treasury to store its cache of digital currency that members can only access with approval by the group, and decisions affecting the group are made collectively during a set period. There are three steps to creating and launching a DAO:

Since everyone shares the risk of the group, everyone has a vested interest in making sure it runs as effectively as possible. Group members also share the reward—if the group does well, its members get more currency and that currency increases in value within the DAO’s ecosystem. Those who buy in also share in the decision making of the group. New proposals have to be voted on and approved by a majority of stakeholders before being enacted.

In order to buy into the DAO, you must purchase whatever crypto token the DAO is written to run on. Most of the time it will be a token unique to the DAO. Friends With Benefits, for example, runs its entire ecosystem on the $FWB token. The smart contract-encoded rules of the DAO can include using that currency to buy things within the ecosystem, like NFTs, digital magazine subscriptions, or pieces of virtual land.

DAOs are built on open-source blockchains, so anyone can see what’s written into the code. If any member submits a proposal, or audits the group’s treasury, or takes any other action within the DAO, that action is recorded indelibly on the blockchain, keeping a transparent record. That transparency is also supposed to facilitate trust between members.

Looking for a Digital Agency to help you with your NFT Project?